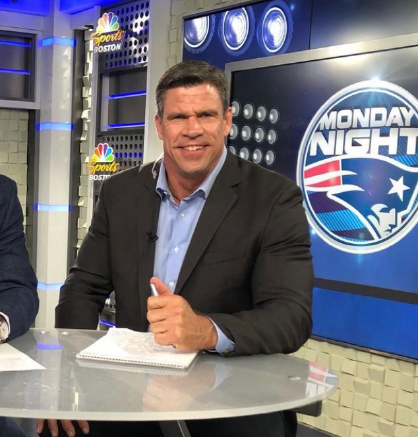 Ted Johnson is a retired NFL linebacker who played from 1995-2004. As a 2nd round NFL Draft pick in 1995, he went on to a 10 year, highly successful career with the New England Patriots and became a celebrated 3-time Superbowl champ (XXXVI, XXXVIII, XXXIX). Ted’s pride in being named the New England Patriots Team Captain for the 1996, 1997, 1998, 2003 and 2004 seasons, Captain of Defense, as well as Signal Caller every year of his playing career demonstrates his passion for work ethic, leadership, and team.

His personal mission statement is always close at hand reminding him to remain authentic, humble, and grateful and his candor regarding both personal challenges and triumphs alike have allowed him to resonate with many in need. As an advocate for both current and retired NFL players, he is vigilant in his long-standing support of concussion research and awareness and he has been sworn into a Special Committee for Brain Injury by Governor Baker.

Ted will be taking questions after his talk.  Register now to ensure a spot!

Register for this course below:

Guidelines for Maintaining Business Continuity For Your Organization